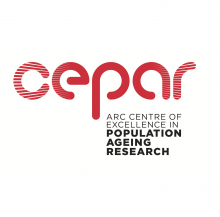 This submission was prepared for the Retirement Income Review.

There is an established evidence base to draw on

The Retirement Income Review process is explicitly seeking to establish an evidence base for policymaking. CEPAR has undertaken extensive primary research and developed supplementary material, in the form of research briefs, which provide such an evidence base.1 CEPAR Briefs contain a wealth of information that point to certain policy actions, but deliberately avoid making recommendations. In contrast, CEPAR submissions to inquiries do make recommendations.
We also refer to three submissions to the 2014 Financial System Inquiry (FSI), relating to the retirement income system.2 The first focused on decumulation; the second related to behaviour and guidance; and the third was on decumulation defaults. The FSI report contained many of CEPAR’s recommendations. CEPAR has made other submissions, including to the Productivity Commission on default superannuation products and to Treasury on Comprehensive Retirement Income Products (CIPRs).3
We have also brought to bear additional evidence from three CEPAR-supported sets of research. These consist of: (1) the Kudrna-Woodland Overlapping Generations (OLG) model of the Australian economy and retirement system, which is an up-to-date, complete, and state-of-the-art model designed to capture the economic responses to retirement policy in Australia; (2) a large literature on lifecycle risks and retirement products led by Michael Sherris; and (3) an expanding set of literature that looks at financial decision making in superannuation led by Hazel Bateman.
This submission makes use of existing CEPAR evidence and comment on key aspects of the retirement income system under the following headings: (1) system structure; (2) parametric reforms; (3) decumulation; (4) decision guidance; and (5) equity.
The retirement income system is embedded in a wider economic and demographic context
Recommendations in this submission assume underlying long term macro-demographic expectations that:
The retirement income system is affected by the broader economic context. But system settings can also affect the real economy (e.g., via investment and labour market effects), as shown in OLG modelling.

1 The following shorthand is used for key CEPAR documents referenced in this submission, which can be found at given links.