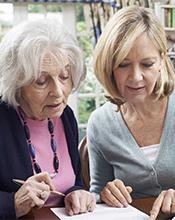 Using eight years of data drawn from the records of Australia's Centrelink agency, we describe the income, asset and decumulation patterns of over 10,000 age pensioners. Analysis of this longitudinal data set shows that age pensioners, on average, preserve both financial and residential wealth, consuming conservatively and, ultimately, passing on substantial bequests.

While younger households do run down financial wealth early in retirement, older households generally maintain their assessable asset balances, and some even manage to save. The largest falls in assets are linked to changes in household structure due to death or the breakdown of a relationship. So, as in many other developed countries, age pensioners in Australia appear to 'under-consume', holding on to assets, and even building a buffer, well into their later years.