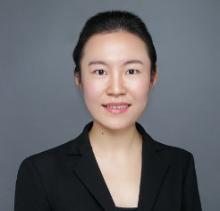 Background: Measuring chronological age alone does not provide sufficient context for understanding the impact of ageing on societal resource planning. The burden of age-related diseases (ARDs) reflects age-related morbidity and mortality at the population level, which unveils the underlying health burden of ageing. The current study aims to measure the ARD burden and its disparities at subnational level of China, a rapidly ageing country with regional imbalances in economic and health development, and assess the impact of health resource allocation on this burden.

Methods: We used the longitudinal data collected from the Global Burden of Diseases, Injuries, and Risk Factors Study (GBD) 2016 and 2019 to measure the ARD burden in 31 provinces in mainland China, and from China Statistical and Health Statistical Yearbooks for health resources and socio-economic indicators from 2010 to 2016. We first identified the ARDs, defined as diseases with incidence rates that increased quadratically with age, and calculated the burden as the sum of the disability-adjusted life-years (DALYs) of the ARDs. We further compared the disparities in the ARD burden by province, sex, and disease group, based on the ARD burden of non-communicable diseases (NCDs). The ARD burden-adjusted age for each province was also calculated by assuming each province shared the same age-specific burden rate as the national average. Historical changes in burden between 1990 and 2016 were assessed after standardising the age structure. Total health expenditures per capita, total health professional density, licensed doctor density, and licensed nurse density were used as proxy indicators for health resources. Panel data analysis approach was used to assess the impact of these indicators on the burden of ARDs from 2010 to 2016 based on multivariate regression models.

Findings: NCDs accounted for over 90% of China’s total ARD burden in 2019. There were significant regional disparities: the rate of ARD burden was lowest in the south-eastern coast provinces, followed by the central provinces, and trailed by the north-eastern and western provinces. In 2016, the ARD burden-adjusted ages of Shanghai, Beijing, and Zhejiang were the youngest, at 30·86, 30·90 and 36·21 years, respectively. In contrast, the respective ARD burden- adjusted ages of Sichuan, Heilongjiang, and Chongqing were 66·39, 66·14, and 62·98. After standardising the age structure, Tibet, Qinghai, Guizhou, and Xinjiang had the highest burden of ARDs and oldest ARD burden-adjusted age. Males are disproportionately affected by ARDs, with burden rate 70% higher than females. China’s overall age-standardised ARD burden has been decreasing since 1990. The largest decline was observed in the eastern provinces, followed by the central and western provinces. However, the burden rate of neurological disorders has continued to increase, albeit only by a small amount. Panel regression results showed increasing either health expenditures or health workforce density could not significantly lower the ARD burden. However, the existing urban-rural gap in health workforce density was positively associated with a consistent increase in the ARD burden. A 100% increase in the urban-rural ratio in total health professional density, licensed doctor density, and licensed nurse density led to 2·55% (p=0·09; 95% CI: -0·42, 5·53), 2·29% (p=0·07; 95% CI: -0·24, 4·80), and 2.21% (p=0·08; 95% CI: -0·31, 4·73) increases in the ARD burden respectively, ceteris paribus.

Interpretation: Older demographic structure does not necessarily mean higher ageing-related health burden. Resource planning for an ageing society should consider the burden of ARDs. In China, concerted efforts should be made to reduce the ARDs burden and its disparities, especially among western provinces which face greatest health threat due to future ageing. Continued investment in health is useful. Particularly, health workforce supply should be deliberately biased toward rural areas in western provinces.