Financial Vulnerability and Retirement Planning: Evidence from Representative Samples of Workers in 16 Countries

Presented at the 28th Colloquium on Pensions and Retirement Research

Financial Vulnerability and Retirement Planning: Evidence from Representative Samples of Workers in 16 Countries

Abstract: As pension systems around the world are under strain, there is an increasing need for employees to prepare for retirement. At the same time, individual and household financial vulnerability is increasing in OECD countries and beyond. This paper documents the long-term effect of liquidity constraints on individual abilities to plan for retirement. Using an original survey based upon representative samples of working individuals in 16 countries, we show that those who experienced shortfalls in earned income, could not save in the past, or suffered from ill health are significantly less likely to make plans to secure their long-term welfare. Our results show that only those who can afford it concentrate on their future financial wellbeing. 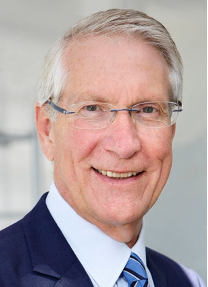 Gordon L Clark DSc FBA is Professorial Fellow at St Edmund Hall, Oxford University. With expertise in organisation theory, financial decision making, and pensions he has held appointments at the John F. Kennedy School of Government at Harvard University, Harvard Law School, the University of Chicago, Carnegie Mellon University, and Monash University. He has also been a Mellon Fellow at the National Research Council of the US National Academy of Sciences. One aspect of his research seeks to better understand how and why people anticipate financial risks to their long-term pension welfare. Recent papers have focused on who seeks advice and why, experience and financial literacy, those who gamble in DC pension plans, and those who take precautions regarding their future wellbeing. With Stefania Innocenti and Sarah McGill, he has co-led a multi-year research programme on financial behaviour across 18 countries funded by Zurich Insurance. Gordon has also been an employer-nominated trustee on one of Oxford’s pension plans for more than 10 years. 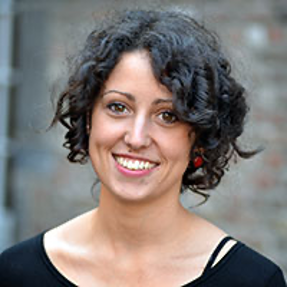 Dr Stefania Innocenti is a Senior Research Associate in Behaviour, Finance and Social Statistics at the Smith School of Enterprise and the Environment  (SSEE) and the William Golding Junior Research Fellow at Brasenose College at the University of Oxford. Her work clarifies the role of bounded rationality, self-views, and individual and collective learning as possible drivers of, or impediments to, institutional change and its impact on economic outcomes. Her interest includes behavioural and experimental economics, institutional economics, applied econometrics, development economics, mathematical and computational models of social interactions. Prior to joining SSEE, Stefania obtained her Ph.D in Economics from Maastricht University. She has also worked at the European University Institute, University of Florence, UN International Labour Office in Geneva and at the Italian Ministry of Economics and Finance.