Researchers in the ARC Centre of Excellence in Population Ageing Research (CEPAR) have released new population projections for Australia, with a particular focus on population ageing. Australia’s population aged 85 and above is projected to increase dramatically over the next 20 years.

Australia’s demographic trends have been changing quickly over the last two years due to the Covid-19 pandemic. Fertility, mortality and migration have all been affected.

Taking into account the emerging demographic realities of the pandemic, demographers Dr Tom Wilson and Associate Professor Jeromey Temple from the University of Melbourne have released new population projections for Australia, providing insights for planning and policy purposes on how Australia’s population is expected to change over the next 20 years.

“Based on updated population estimates incorporating 2021 Census results, Australia’s population in all age groups is expected to grow, but the largest proportional growth is expected at the oldest ages,” says Dr Tom Wilson, CEPAR Principal Research Fellow at the University of Melbourne.

Greater proportional population growth is projected at the highest ages.

The rapid projected increase in the 85+ population is due to projected mortality decline plus larger cohorts reaching age 85 due to past mortality declines and increasing numbers of births many decades ago. In addition, the uptick in growth from around 2031 onwards is the result of the larger baby boom generation entering the 85+ age group. 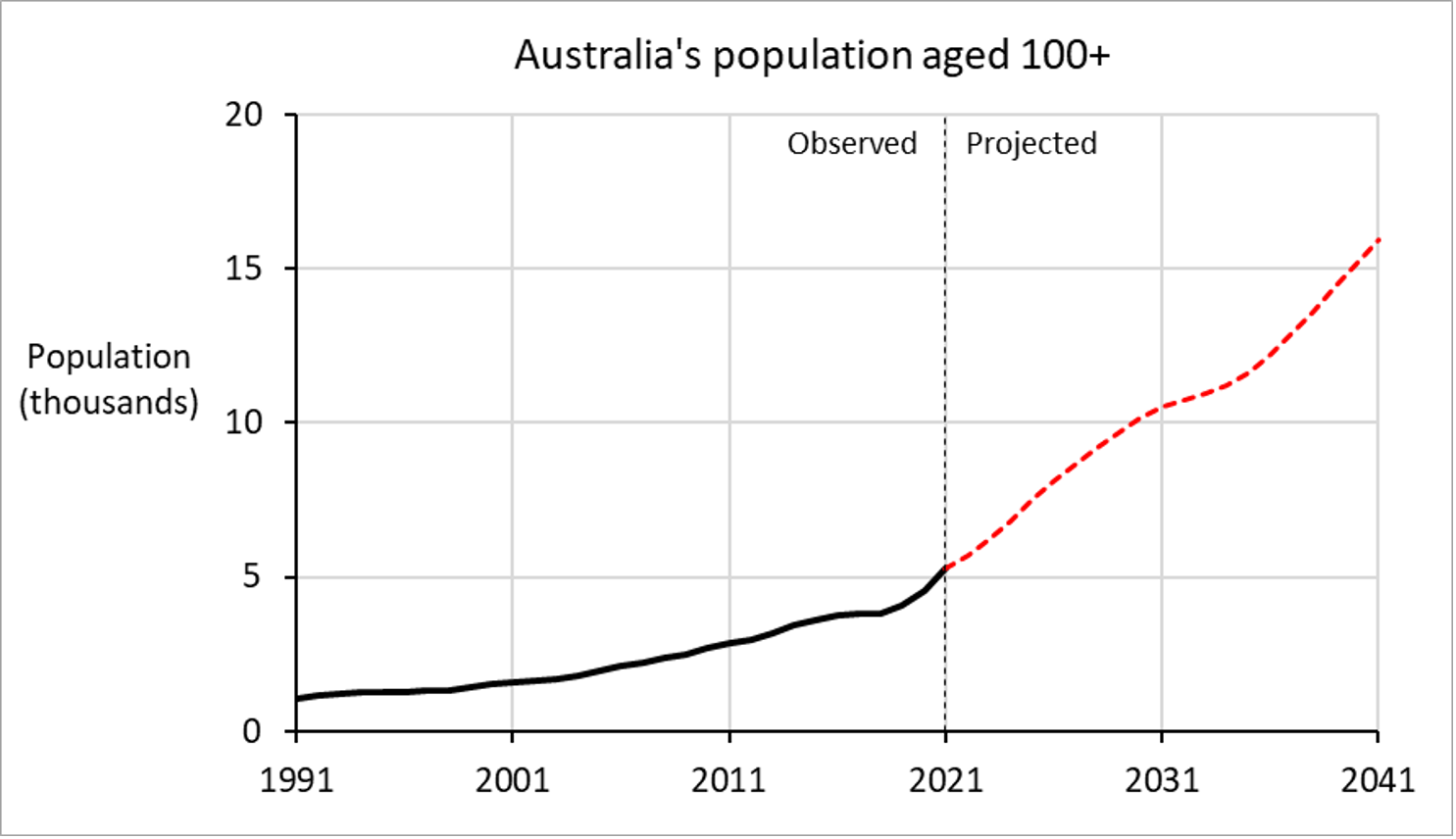